Acipco-Finley (or ACIPCO-Finley) is a neighborhood in the North Birmingham community which lies north of Village Creek and west of I-65. Finley Boulevard is the major east-west corridor through the neighborhood, and 16th Street North crosses the eastern portion, running north-south. The neighborhood includes the Birmingham Farmers Market and the headquarters of the American Cast Iron Pipe Company (ACIPCO). The community is named after the Finley Memorial Yard, a rail yard built by the Southern Railway in 1915, and named after railroad president William Finley. The combined name of the neighborhood incorporates the abbreviated name of the American Cast Iron Pipe Company, whose workers resided in the vicinity. 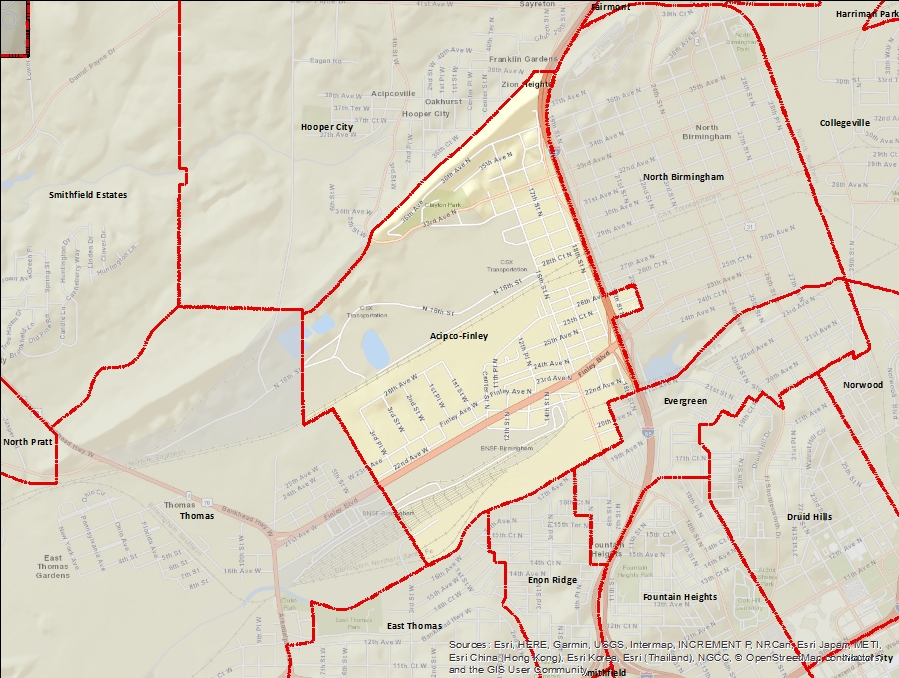