South Woodlawn is a small neighborhood in the Woodlawn community of eastern Birmingham. It is bounded by 59th Street South to the west and Brussels Avenue to the east. The neighborhood is defined by the Norfolk Southern Railway's East End District tracks to the south and Division Avenue and 65th Street South to the north. Most of South Woodlawn is accessible from Georgia Road, with a disconnected area across I-20 hugging 64th Place South and Kentucky Avenue. Neighborhoods abutting South Woodlawn include Woodlawn, East Lake, Gate City, Oak Ridge Park and Crestwood North. 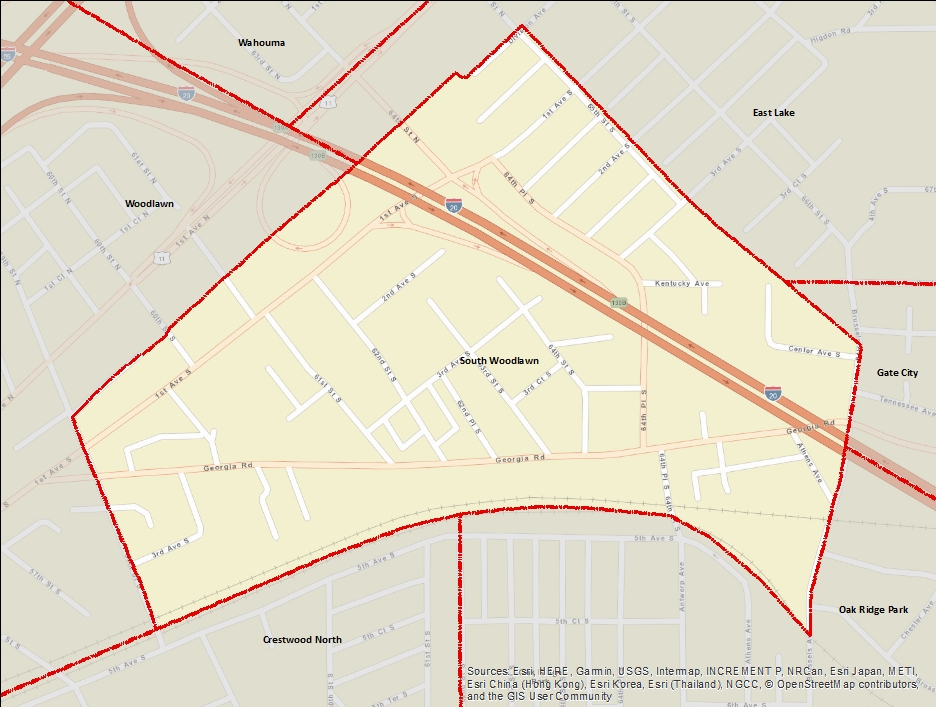