Tarpley City is a neighborhood in the Grasselli community of Birmingham. It lies between West Goldwire to the east and East Brownville and Grasselli Heights to the west on the north slope of Red Mountain, north of the Oxmoor neighborhood and south of the Jones Valley neighborhood. Originally one of a series of Red Mountain ore mining camps for employees of the Tennessee Coal and Iron Company (TCI) in the Wenonah area, Wenonah Camp #10 (1880-1952) was located adjacent to West Goldwire and south of the current Wenonah High School. The camp later became known as Tarpley City. 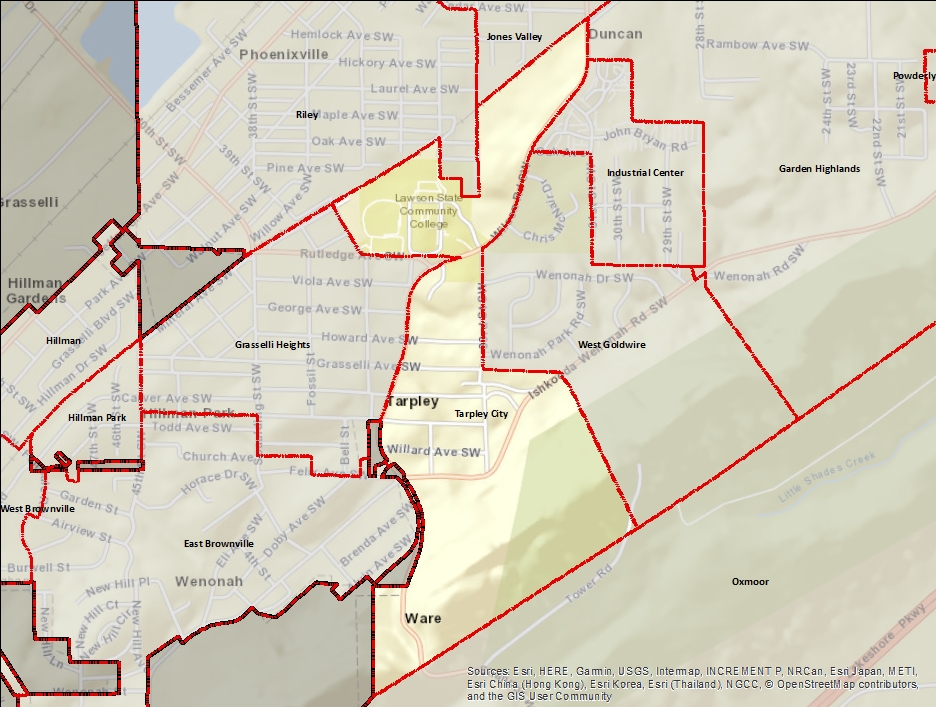