Thomas is a neighborhood in Birmingham's Pratt community. It is located north of I-59/20, west of Acipco-Finley and southeast of North Pratt. A former municipality, Thomas was began as a plantation but was purchased by David Thomas for the construction of the Thomas Furnaces in the late 1880s. The first worker homes built in Thomas by the Pioneer Corporation were modeled after those in factory towns in Pennsylvania. After the operation was purchased by Republic Steel in 1899 more typical house plans were adopted, including shotgun, square-top and bungalow-style houses. 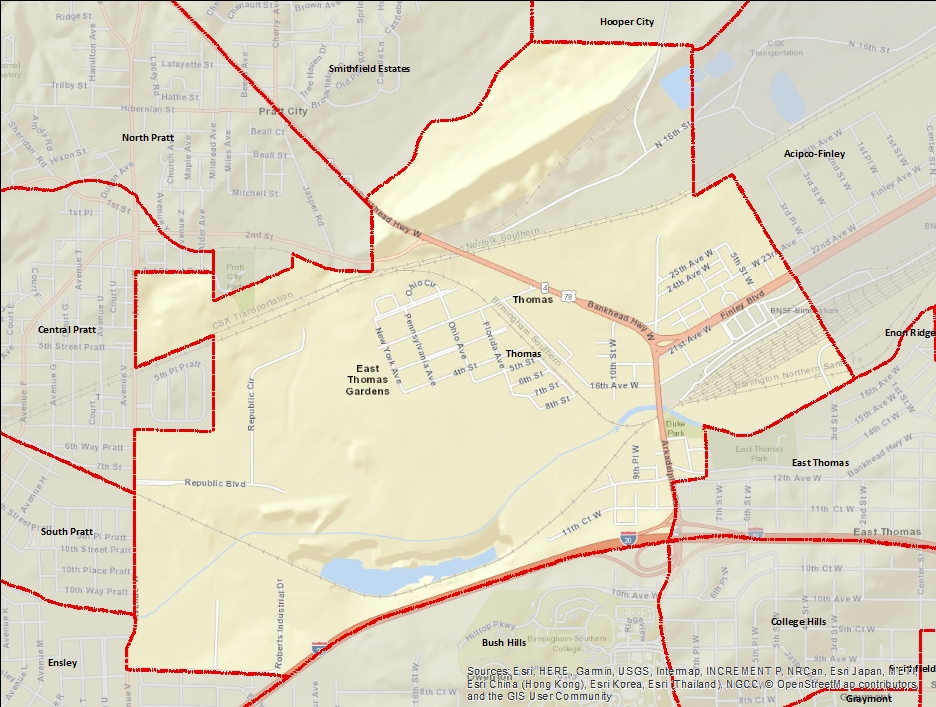