Woodlawn is a neighborhood in the Woodlawn Community. Present-day Woodlawn was settled by a group of farming families who entered the area in 1815, just as it was opened to settlement by the Treaty of Fort Jackson. The community took its name from the Wood family, headed by Obadiah Washington Wood. In 1891 the community was incorporated as the City of Woodlawn. In 1910 the City of Woodlawn was annexed into Birmingham as part of the Greater Birmingham campaign. The neighborhood encompasses a large portion of the Birmingham-Shuttlesworth International Airport and is adjacent to the neighborhoods of Inglenook, Kingston, North East Lake, Wahouma, and South Woodlawn. 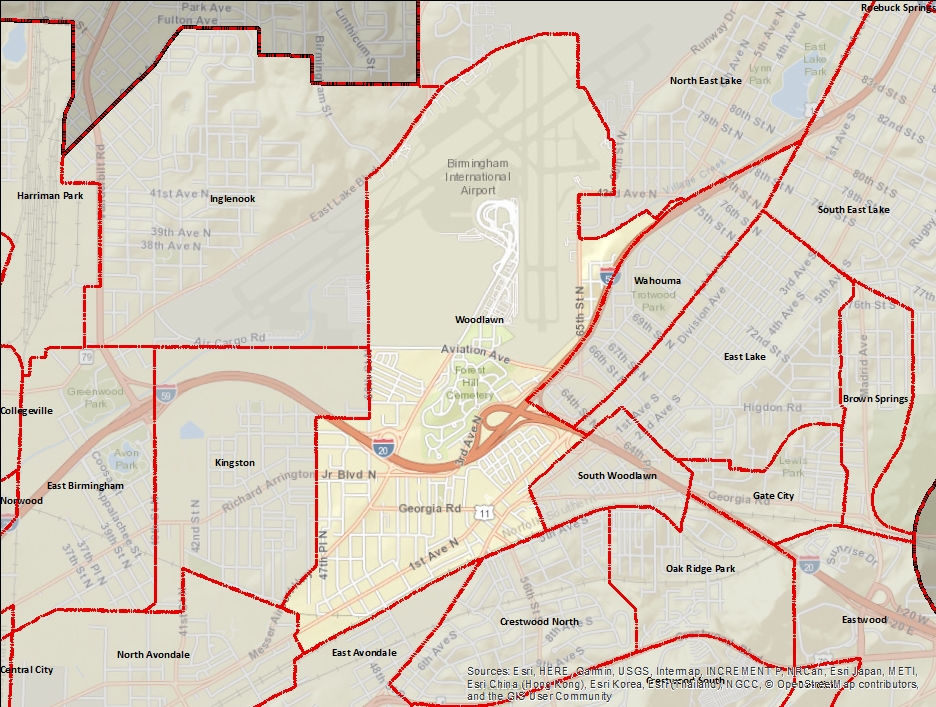