Fairview is a neighborhood in Birmingham's Five Points West community. It lies north of the Alabama State Fairgrounds, Central Park and Rising-West Princeton, south and west of Bush Hills, and east of Ensley Highlands. In the center of the community was a spring that flowed into Village Creek. The Seminole chief Osceola was known to camp in the area in the early 19th Century- around 1820 or so. The street car stop near the fairgrounds was named Osceola Station in his honor. 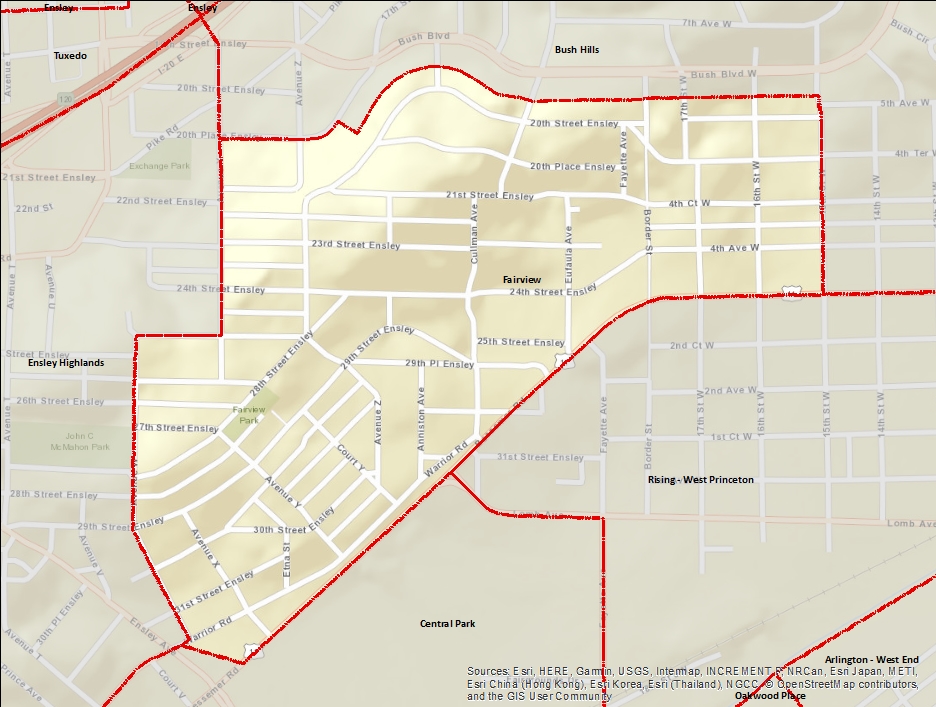