Tuxedo is a neighborhood in Birmingham's Ensley community. It is named for the Tuxedo Park community of worker's houses platted in 1899 and used by Tennessee Coal Iron & Railroad Company employees, which also lends the name to the famed Tuxedo Junction social hub of Ensley. It is likely that the subdivision was named for New York's Tuxedo Park, an enclave of large estates dating to 1885 that later lent its name to the cropped Tuxedo jacket. It was annexed into Birmingham in 1910. 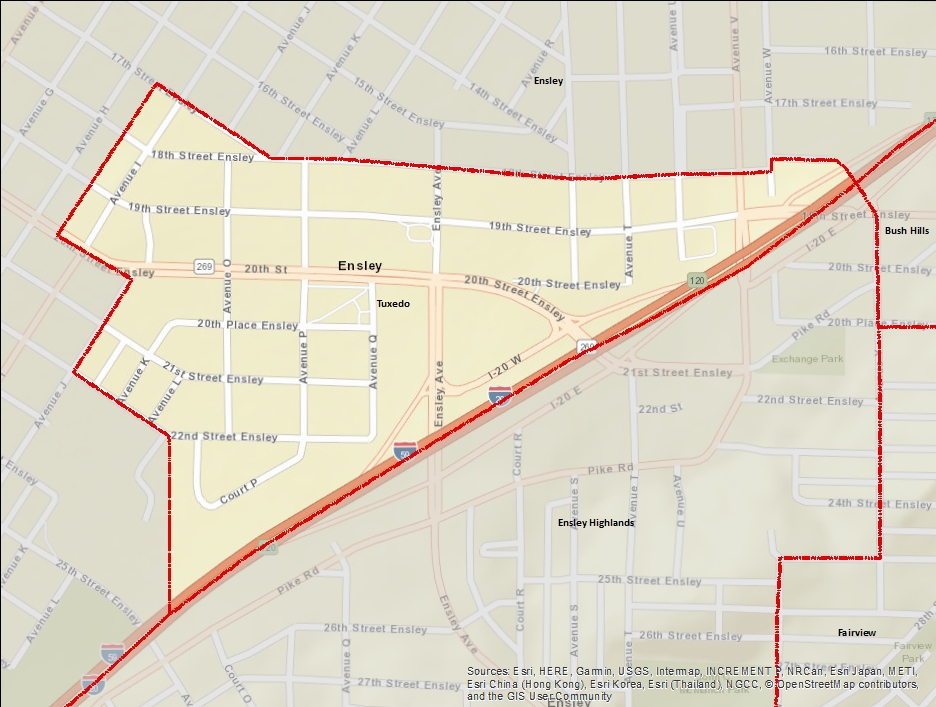